A bit up the road, north of Ramsgate, is the seaside resort of Broadstairs.

Broadstairs. Photo by me

It was “Folk Week” when I visited this past summer, and the resort area was absolutely chock-a-block, as the Brits say.  After driving in circles and finally finding a convenient parking spot, a friend of mine, who had spent summers there in her youth, and I walked in to the resort along the chalk cliffs.

The town of Broadstairs overlooking the sea. Photo by me.

We walked along the cliff top and noticed that Charles Dickens had lived and written here in centuries past, from 1837 until 1859. He described the town as “Our English Watering Place.  He wrote David Copperfield while staying at Bleak house, located along the cliff-top.

But of course, the main attraction was and is the beach…

Broadstairs Beach. Photo by me.

…and the popular ice cream parlor in town, Morelli’s. The line wound down the street outside the shop. Beach towns are all the same, aren’t they? Sand and sweets.

Ice cream. Photo by me.

Early one morning this summer in southeast England, when the sailors had gone out to race during Ramsgate week…

I decided to take my sketchbook and head up the Viking Coastal Trail which hugs the English Coast.  France is only 30 miles away across the sea, but the coastline here is pure English…chalk cliffs, seagulls and beautiful horizons.

Appropriately, the walk begins in Ramsgate above a popular fish and chips shop near the beach.

I headed up the cliff to get on the upper walkway along the coast.  I was heading to Broadstairs, sketchbook and camera in hand.

I was well above the marina and the seawall of Ramsgate.

I headed north.  It was overcast but lovely…maybe 65 degrees with a soft breeze. I headed along some of the Victorian era crescents to my left…

the sea and vistas back towards Ramsgate behind me…

and the sea and the beaches to my right.

As I walked out of Ramsgate proper, it became all about the sea.

The path finally cut a bit away from the sea, into a wooded park, with a small food stop and dogs everywhere playing with balls and kids and each other.

As the park ended, the path went through mounds of berry bushes…

and finally ended up here…on the Boradstairs side of the park.

The sea reappeared in all its glory.

And after a long sit on a strategically placed bench, I decided to head back towards Ramsgate.

This time when I came to the other end of the park, I decided to take the lower beach walk. I took a long time getting down these steps taking in the views.

I headed home along the beach, watching the sea and the people and the birds.

Back to town and the sailors… 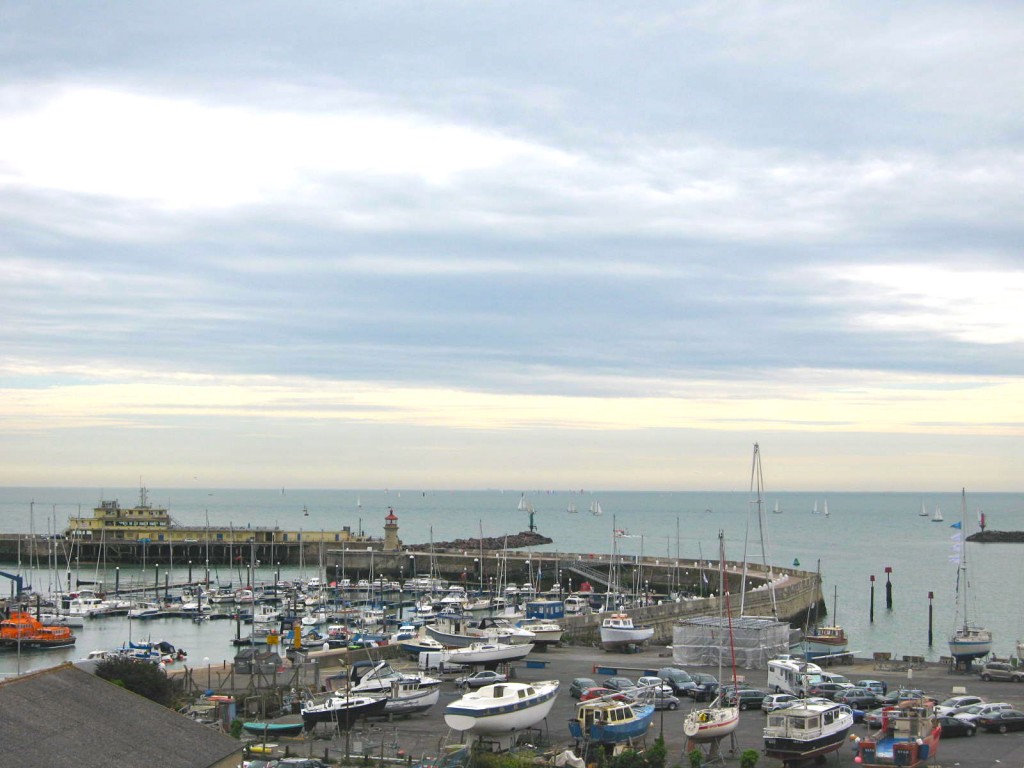